How Does Sewage Treatment Plant In Uttarakhand Work?

In Anaerobic Sewage treatment, the sewage is partially decomposed by the anaerobic bacteria in the tank without air which causes the organic matter to reduce to methane, carbon dioxide, hydrogen sulfide etc. This treatment is used to treat organic waste and sludge as it provides huge capacity and greatly reduces the input material to a large extent.

In this type of sewage treatment, the pollutants are digested by the aerobic bacteria. In the sewage water treatment plant, air is constantly supplied to the bio-zone and this process eliminates the pollutant and odors by providing complete oxidation and absorption of organic pollutant and matter into carbon dioxide, nitrogen, and water resulting in the treated effluent to be pollutant free and can be discharged for use.

The conventional sewage water treatment plant includes two to three stages namely the primary, secondary and tertiary treatment. Before the process begins rags, sanitary items, clothes etc. are removed from the municipal sewage works. They are further discussed in details:

In this particular stage, a series of obstacle in form of bars or wire-mesh is used to remove large size impurity from water that would cause problem further in the process.

Here, the effluent or the sewage flows through huge tanks called the primary sedimentation tanks. In these tanks, the sludge settles down while grease and oil float on the surface and are removed. Additionally, these tanks have scrapers that continuously push the sludge that is collected, towards the hopper in the base of the tank. It is then pumped for the sludge treatment.

In this particular process, the biological waste from the human waste, soap, food waste, and detergent are substantially degraded. Most of the municipal sewage water treatment plants treat the sewage that is settled through the aerobic process. The effluent after the primary treatment has dissolved biological matter. This is then converted into clean water by making use of the bacterial and waterborne aerobic micro-organisms that absorb the pollutants. The effluents from this process are clean enough to be discharged into the rivers.

This is the final stage of filtration where the effluent is treated further to its best quality before being discharged to the environment. Sometimes the effluent from the secondary treatment is not clean enough due to the river or stream, it is going to be discharged it may be very sensitive that might have rare plants and animals. Thus tertiary treatment has to ensure very high standards of treating the effluents to be cleaner than the stream or river water. It reduces the phosphorous and ammoniacal nitrogen.

The sludge that is accumulated in the treatment is further treated and disposed of in a safe manner. The sludge is passed through thickeners that dewater it. This sludge is then transported for disposal in a landfill or used for agriculture soil amendment.

Finally, after treating the sewage to required level the effluent is released into river water at last where self-cleansing action of river further purify the water. 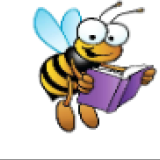 How To Maintain Septic Tanks In Uttarakhand?

She is the CEO. She's a big fan her cat Tux, & dinner parties